Imagine, a horde of flesh-eating zombies chasing you, or you and your friends are the last survivors on earth and work together to save humanity! What is happening! Your heart is racing, your nerves are racing and the slightest mistake can cost you your life! But you finally run away, save humanity and you are safe outside “VR arena” with your friends !!!

That’s the power of virtual reality: “That moment you live in your own world and the next minute you’re lost in the world of virtual reality. You know you are just visiting, but your mind is convinced otherwise. It only takes a moment to be consumed in a world that will amaze you forever.

However, despite the potential of virtual reality, the growth rate of virtual reality has been lackluster since its invention in the 1960s. According to reports, it was expected to become mainstream in 1994, but it never did. really took off at that point. However, the growth of VR games in 2019 has been spectacular 25% at $ 12 and in the future it is expected to grow by 30% from 2020 to 2027.

Having said that, I think the reasons for the upcoming growth of VR games in the Indian market, which are making them mainstream, are driven by:

Market conditions and growth of the game

With the pandemic hitting the country in 2020 and the lack of other entertainment options, there has been a paradigm shift in audiences gravitating towards online gaming platforms. The current gaming industry in India is estimated at $ 1.5 billion (2020) and is expected to grow to $ 2.8 billion by 2022 itself. Besides the addition of 45-50 million subscribers to online games due to Covid-19, the growth is also being fueled by the increasing penetration of smartphones, the widening of the gaming demographics (from children to adults and older generations) and a remarkable contribution from the players. (relaxed and hardcore).

Given that we are in the Fourth Industrial Revolution where technology is king, I think futuristic technology and experiences are going to revolutionize gaming forever. These experiences already exist in the United States, Europe and Southeast Asia and are now due to take place in India as well. Next-gen games involve virtual reality which can be very immersive. These are realistic experiences where players play in a social environment (involving motion capture technology and proximity sensors) giving them the thrill and pleasure of enjoying with family and friends.

Overcoming the drawbacks of traditional VR which limited the VR experience to being stationary, insulating and expensive, the onset of the “Free Roam VR” experience led to the launch of VR arcades. This attracts gamers and the target population who are largely concerned with having the best experience in a social environment at the most affordable price. Plus, the active and immersive experience these arcades provide keeps players coming back time and time again. 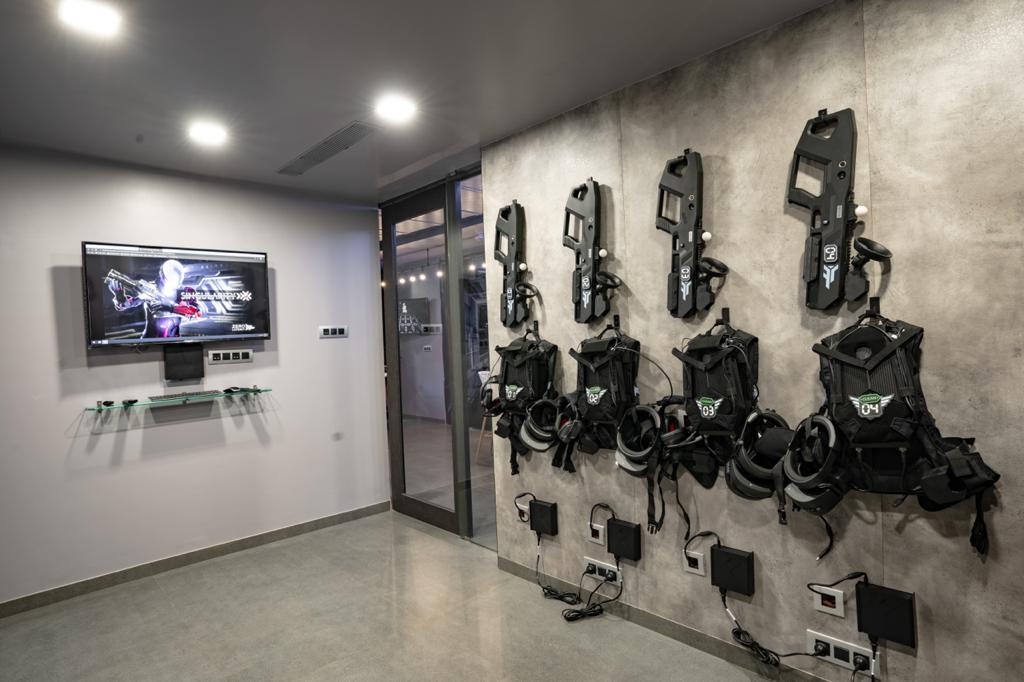 With some of the biggest players in the industry like Sony, HP, Google and Facebook already betting strong on the VR industry and Apple poised to enter the space, we certainly know that a supportive ecosystem to capture and sustain the potential of virtual reality is underway. This will further expand the virtual reality market, from games to education and other industries.

If we still have any doubts, we can trust the biggest game developers around the world who have enormous data and research to assess the reach and growth of VR games. Therefore, they are all broadening their focus to develop more and more VR games and partnering with VR companies to make it compatible with their hardware and software. For example, Ubisoft, one of the biggest developers, launched the VR version of its famous “Far Cry” video game in VR in partnership with Zero Latency, Australia (the largest Free Roam VR company).

Rise of the experience economy

Indians, especially Millennials and Gen Z who are driven by the YOLO culture and are therefore more drawn to premium experiences than products. They want a thrilling and realistic experience in a simulated setup with their friends and feel the adrenaline rush vs playing alone on VR devices or headsets at home. Therefore, virtual reality experiences and arcades that fill the void are enjoying great popularity in metropolitan cities and it is only a matter of time that penetration across the country will contribute to its robust growth.

In addition, according to research, Asia-Pacific dominates the global virtual reality games market with a 40% share of the global revenue and is expected to do so in the next 5-7 years. In this region, South Korea and India are expected to experience remarkable demand for virtual reality games, further boosted by the higher disposable income of these countries and technological advancements in the gaming and entertainment industry.

Therefore, with the building of a favorable ecosystem, robust growth of the game and the evolution of VR technology and the demographics of the country, I think the growth of VR in the game is certain. Although it has taken a while to get started since its initial launch, but with support from now on, VR in gaming will become the mainstream in the Indian gaming market before we know it!

So the next time you’re thinking about traveling to a fantasy world or turning into a hero to save humanity, think about virtual reality; because as Spielberg says, “this is a place where the limits of reality are your own imagination. You can do anything, go anywhere “.

(The writer is the founder of Zero Latency)