Spices linger in the open – venturing to the far reaches of Christie Pits Park – where banjara indian food seat at the southwest corner.

And now this aroma is also reaching the east side of the city. This week owner Rajesh Veerella opened a third Banjara location at 777 Danforth Road in Scarborough. While its place at Bloor and Christie Streets serves traditional South Indian dishes, the new location will explore Indo-Chinese dishes.

Owning one restaurant, let alone three — the third is located in downtown Toronto — would have seemed inconceivable to Veerella when he was growing up in Andhra Pradesh, India’s southeastern coastal region.

“I know what hunger feels like,” Veerella told CTV News Toronto. “I come from a very poor family.”

Growing up, his parents worked in the rice fields in the south of the country. “If they bring the money, we can eat. If they don’t, we can’t eat.

When her family ate, it was always “curry, curry, curry,” Veerella said, “just rice and curries.” Sometimes flavored with tamarind, other times fried or fried.

“When you’ve just eaten nothing and all of a sudden you have a lot of food…it makes me so happy,” Veerella said. For him, sending his staff home with lunch or dinner the next day is an act of pure joy. “It’s the best thing that’s happened in my life.”

His culinary training began in 1981 as a dishwasher in a Hilton hotel on the island of Bahrain, 25 kilometers east of Saudi Arabia.

When Veerella saw the wealth of cakes and pastries on display at her new workplace, “I jumped to heaven,” Veerella said. “I never imagined that I could eat this stuff.” Eight years later, he was running the kitchen.

Although Veerella was nervous about leaving the successful life he had built at the Hilton, in 1997 he immigrated to Canada and began working at Sassafraz in Yorkville and a lakeside Indian restaurant.

When he opened his own restaurant in the fall of 2000 — first naming it Mr. Maharajah before moving to Banjara — his butter chicken was hailed as one of the best in town.

According to Veerella, her butter chicken has retained its top-tier status because it uses no sugar or flour. Instead, the focal point of her recipe is the spices — specifically chili powder, garlic, ginger, and dried fenugreek leaves. “It gives a lot of flavor to the food.” 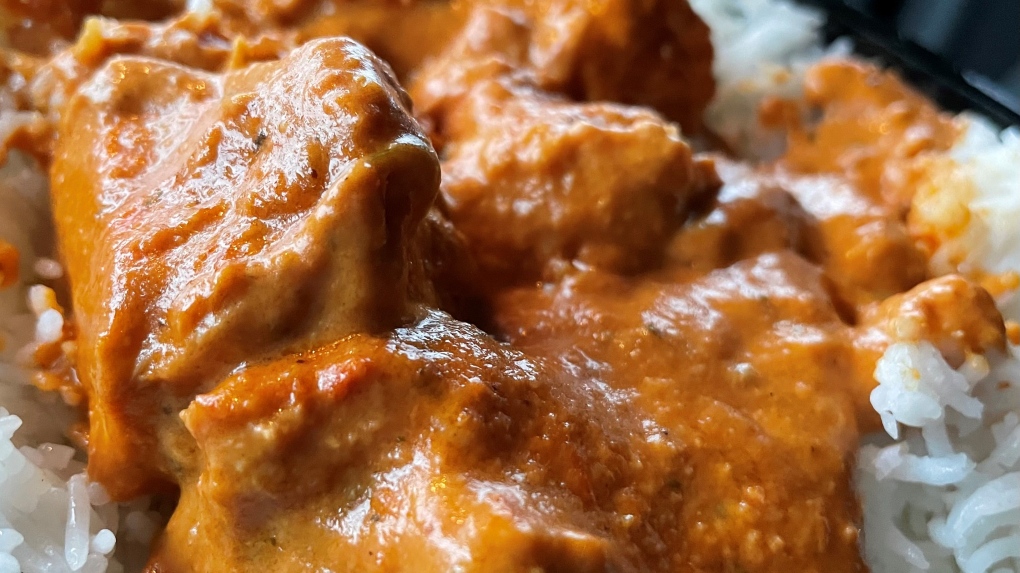 Rajesh Veerella’s butter chicken has been hailed as one of the best in town. (Corey Baird/CTV News Toronto)

These are the spices that marinate the neighborhood and keep Veerella attached to the kitchen, more than 40 years later.

“I love it,” Veerella said. “Especially when guests compliment the food.”

“All day, from morning to evening, we work 10 to 12 hours, but when we receive compliments, that’s what keeps me going.